On 8 August 2021, after some birding and a short sighting of a pride of 4 lionesses and several cubs we were heading to Observation Hill when we saw some vehicles near the marshes. We stopped to observe some hyenas lingering around when suddenly Loonkito appeared and made his way through the line of vehicles. He was very relaxed; he didn’t seem to be bothered in the slightest - neither by the vehicles nor the clan of about 10 hyenas. 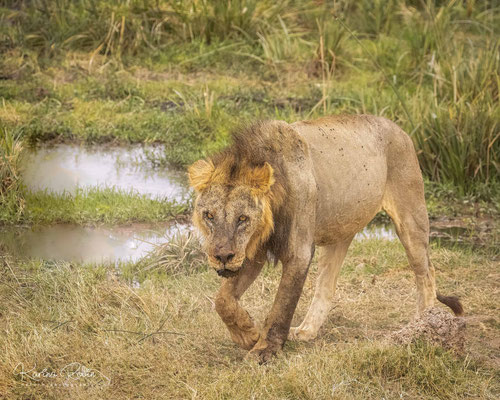 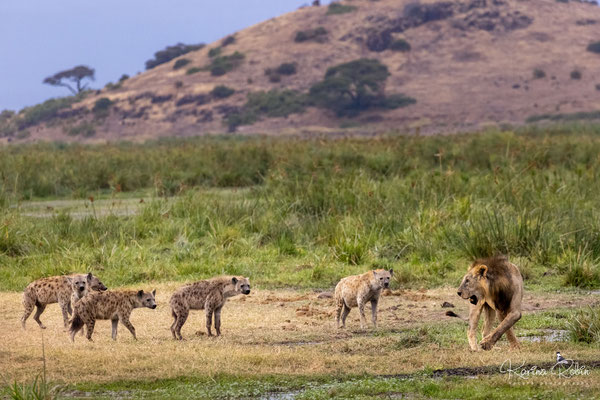 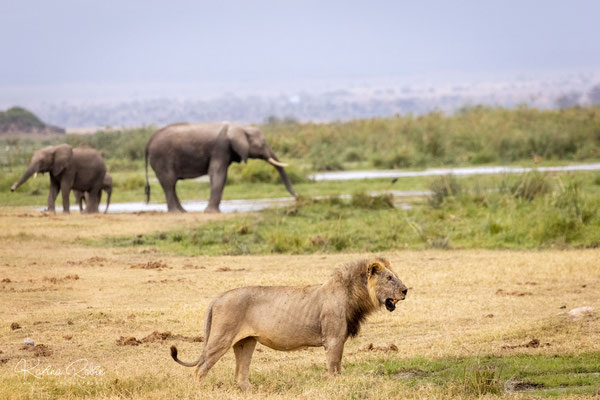 But this changed when suddenly a herd of elephants emerged, clearly heading for the marshes. Loonkito hesitated for a moment but then decided to retreat into the marshes. Some calm steps, a quick jump – and he fell very unregally into the dirty swamp water. 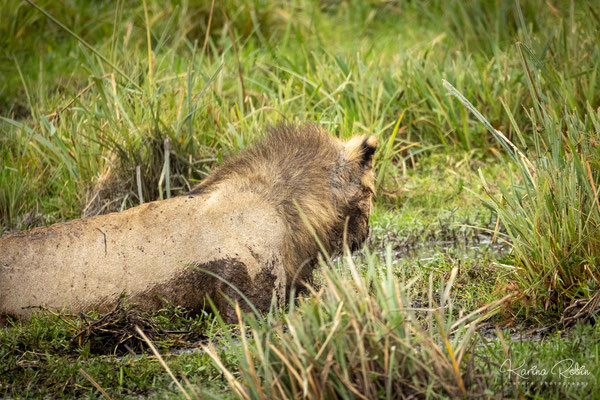 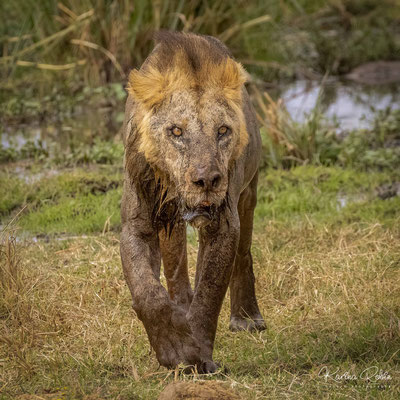 Luckily the elephants decided to circumnavigate the marshes on the other side. Loonkito hastily got out of the water, looking much less like a lion king, and crossing again the line of vehicles, going over to meet two of his ladies. However, those two did not seem very happy to see him – maybe because of the foul smell of the swamp water? 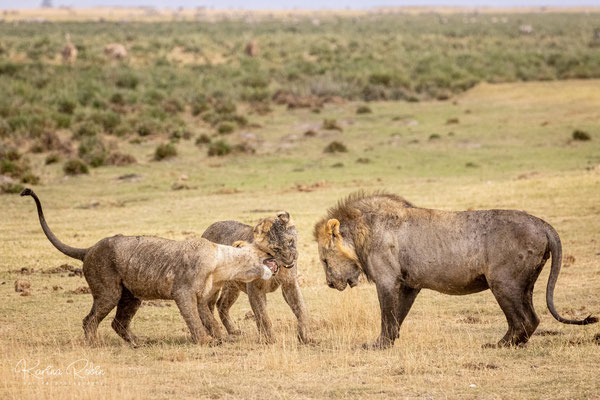 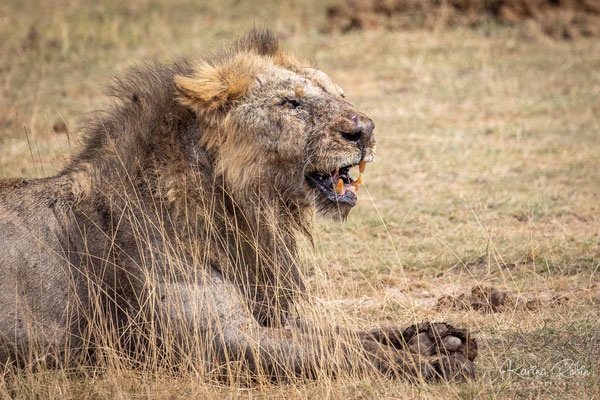 After some short rest, Loonkito and the females parted ways and we decided to let him alone to recover from this inglorious incident.

Loonkito is now about 18 years old. He still reigns over a big pride of females and cubs, however, since 2017 he is on his own. That year his brother and comrade in arms, Ambogga, died in a territorial fight. Loonkito himself was badly injured but survived. Since then he fights bravely on his own to preserve his territory and his family.

He is one of the last real great lion kings of Africa!

Text and images are my copyrighted intellectual property. You are required to have prior permission to use, borrow, or display any photograph or text from this site.

MH Worldwide made a video of my blog post !